Get Frozen This Summer in an Orlando Theme Park

The weather may be hot and tropical, but at this Orlando theme park, you can escape it all and find yourself in a land of frozen fairy tales. It all has to do with Disney’s Hollywood Studios “Frozen Summer Fun Live” event starting July 5 through September 1, 2014. The popularity of the movie “Frozen” is alive and well this summer in Orlando and being celebrated by numerous special events and offerings. 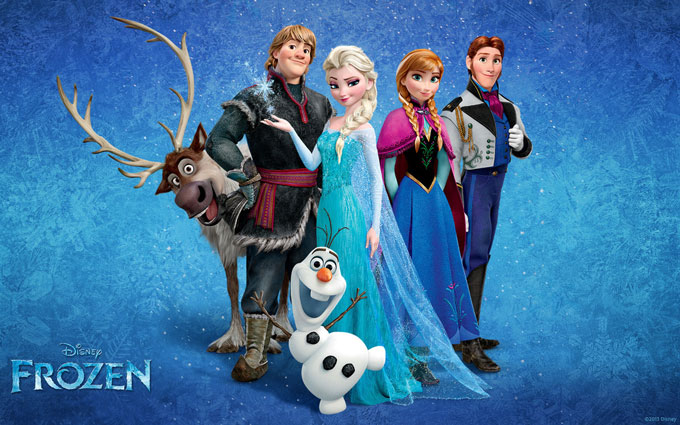 • Anna’s & Elsa’s Royal Welcome: At 11 a.m. each day, Anna and Elsa’s royal procession down Hollywood Boulevard will take place. Riding in a horse-drawn sleigh, Kristoff will join them, along with skaters, skiers and ice cutters. ORLANDO TOURIST TIP: The procession ends with a special moment on the Sorcerer’s Hat stage.

• For The First Time in Forever: A Frozen Sing-Along Celebration: Be sure to check out the Premiere Theater for a 20-minute show featuring Princess Anna, Queen Elsa and the Royal Historians of Arendelle as they retell the history of their kingdom. You’ll be able to join in a sing-along to the popular songs from the movie’s soundtrack. ORLANDO TOURIST TIP: At the end of the performance, a few guests are chosen as “Honorary Citizens of Arendelle.” This special show is presented daily at 12:30 p.m., 1:30 p.m., 2:30 p.m., 3:30 p.m., 5 p.m., 6 p.m. and 7 p.m.

• Wandering Oaken’s Trading Post & Frozen Funland: Inside Soundstage One, Oaken and his cousins have created a perfect way to escape the Florida heat. This “Frozen Funland” is a winter wonderland where guests can make the most of a sudden snowstorm and enjoy a plethora of winter activities. Go ice skating, watch ice carving demonstrations and sip on hot cocoa. ORLANDO TOURIST TIP: This is a great opportunity to have your photo taken with characters from the movie.

• Take-Along Olaf: Speaking of photos – If you are a recipient of a “Take-Along Olaf” be sure to hashtag #OlafSummerVacation when sharing your photo through social media. Your photo may appear on the big screen at a special pre-show event that takes place every evening before the fireworks show! ORLANDO TOURIST TIP: You may pick up your own take-along Olaf at the Sorcerer’s Hat Icon Stage.

• Coolest Summer Ever Dance Party: Every evening from 5:30 to 9:30 p.m. a DJ and live band will play on stage to celebrate the Frozen summer fun. Dance to contemporary songs and a few film favorites. Save some energy though, the night is not over yet!

• Frozen Fireworks: Each evening, the giant Sorcerer Mickey Hat on Hollywood Boulevard gets the full Frozen treatment with special projections of snow and ice images. Set to the film’s soundtrack, the fireworks show features special guests, including an appearance from Elsa in which she will show how her powers flurry “through the air and to the ground” to produce magically icy blue and white gleaming fireworks. ORLANDO TOURIST TIP: The Frozen Fireworks time will change from 9:45 p.m. each night to 9:15 p.m. from Aug. 17 to Sept. 1. Fireworks will not happen on Aug. 23, because of the Villains Unleashed special-ticket event at the Orlando theme park.

If you are looking for a cool way to enjoy an Orlando attraction this summer, be sure to experience a ‘Frozen’ visit to Disney’s Hollywood Studios. Most of the activities are included with park admission. Theme park ticket deals can be found on Disney’s web site or any reputable theme park ticket reseller’s site. Stay cool this summer!