EDITOR’S NOTE: We regret to inform our readers that Arabian Nights closed at the end of 2014. 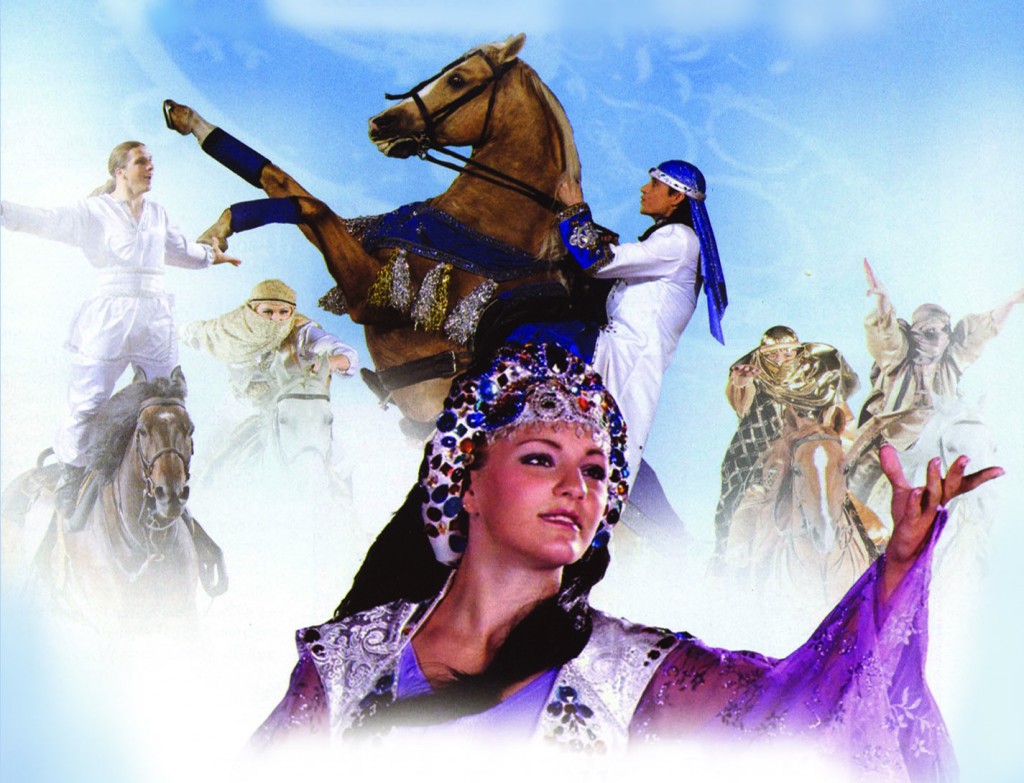 Arabian Nights claims to be “the most honored dinner show in the world” yet there are no testimonials, awards they have won or reviews on their web site. I am not saying that it is not a good show, but I doubt they are the most honored dinner show in the world. I searched for a Facebook page for them and was not able to locate it (in fact I searched for many of Capone’s competitors on Facebook and found none with an official page). Capone’s has an official Facebook page where visitors can post unfiltered remarks about Capone’s Dinner & Show.

Arabian Nights is certainly one of the largest Dinner Shows and overall they have a good reputation for the quality of their show. The story line revolves a young girl who wishes to become a Princess and the two genies that embark with her on the adventure. While this is the story line for the show, really the main attraction is their sixty plus horses (in the video it said eighty plus so not sure which is correct). Acrobatics involving the horses and actors to me is the highlight of the show.

Dinner includes a house salad, rolls, dessert and your choice of entrees. Draft beer and Pepsi products are also included. Entrée choices (pick one) grilled steak, grilled chicken, chopped steak, vegetarian lasagna, pork tenderloin and chicken tenderloins with macaroni & cheese is the only kids choice available. Most of the entrees also include mashed potatoes and vegetables.

If you and your group enjoy a fantastic horse show with talented performers Arabian Nights is a great choice for you. Visit them at www.arabiannights.com for more information on one of Orlando’s longest running dinner shows.