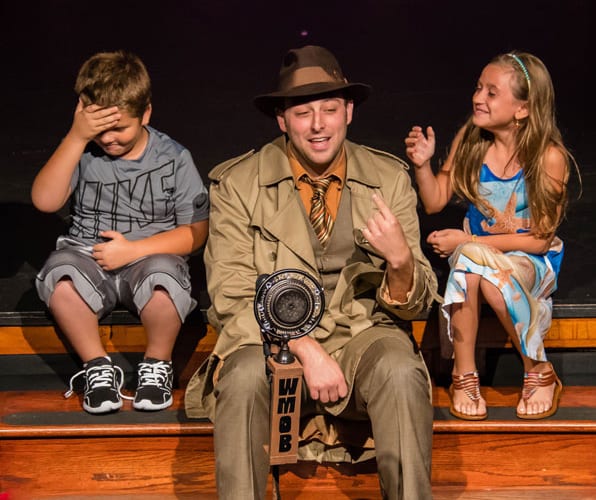 KISSIMMEE, FL, June 1 – It isn’t every day that you can say a hit has been in the making for 25 years, but that is exactly the case at Capone’s Dinner & Show. It’s as if the boss ordered the ‘hit’ long ago, and the cast has perfected the best-of-the-best over the years to carry out the order. Plenty of experience, as well as “25 Years of Memories” is now packed into an all-new show. You’ll feel as if you’ve gone back in time to the prohibition era of gangland Chicago. When in fact, you’ve entered into a speakeasy dinner theatre located near Orlando’s attractions and theme parks.

“We feel this is our best show ever.” 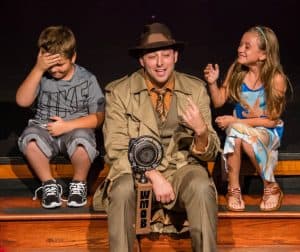 Capone’s dinner theatre opened in 1992. Since then the show has been modified several times. With each evolution, the crowd’s response has been evaluated. Using guest feedback is one of the best justifications for many of the elements in the new show. “We feel this is our best show ever,” states John Kucik, owner of Capone’s Dinner & Show. “It’s faster paced, has more guest interaction than ever before, and is more complex in movement.” Each segment, song and dance selection hits high marks in this entertaining cabaret. The anniversary celebration, “25 Years of Memories,” has been a great pretext for reviving years worth of fan favorites.

The Wise Guys Behind the Hit

The new show is written by Dustin Fisher, who is no stranger to Capone’s. In years past, he has written scores, acted and directed at the ‘joint.’ He has also been involved with numerous productions at Universal Studios, Disney, SeaWorld and Royal Caribbean Cruiseline. The choreography for the new show is Kyle Kahn’s creation. He has choreographed for BET, MGM Grand, Cirque De Magic and many others. Together they have created a new hit show for the gang at Capone’s to perform nightly.

With loads of comedy, action and audience participation, the stage is set for plenty of swell memories to be made. If you’ve attended the speakeasy before, become a repeat offender, and check out the new show. 25 years is a long time to wait for an order to be fulfilled, but it has been, and it’s the cat’s meow. A perfect order for ‘the family’ – pleasing all ages.

Capone’s Dinner & Show is located at 4740 W. Irlo Bronson Memorial Highway (Hwy. 192), Kissimmee, FL 34746 Reservations for year-round nightly shows can be made online and are deeply discounted. Tickets include parking, unlimited dinner buffet and drinks (including alcoholic beverages), the hilarious show and a chance to win prizes. A limited number of VIP tickets are offered nightly. For information and reservations, phone 407-397-2378 or online at www.alcapones.com. Email info@alcapones.com.