Al and the Gang are Juicing Up the Old Joint 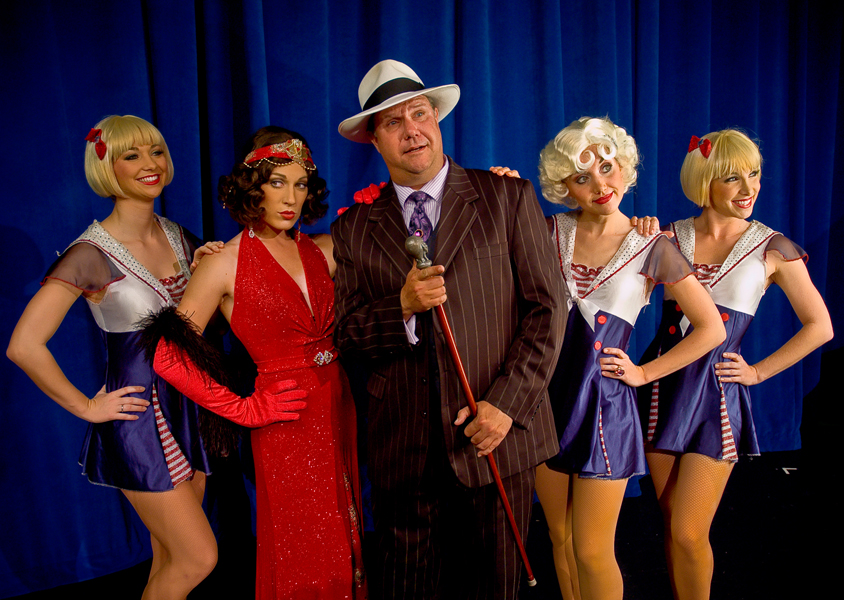 Al and the gang invite your gang to visit for the first time and also extends his hospitality to a great group of regulars.

Capone’s Dinner & Show will be eighteen years old in August and it’s been a great run. Throughout the years they have constantly updated their theater. Back in 2007 Capone’s debuted a sequel to their original show and has been receiving rave reviews. In preparation for the new show, Capone’s purchased a new sound system, new lighting and new presidium and they spiffed up the theater.

Capone’s Dinner & Show is currently in the midst of its largest renovation in its history. The main floor of the theater is mostly finished. Upgrades include a revamped buffet, new tables, chairs and booths, gold faux paint added to the color scheme, new paint, as well as a completely renovated lobby & gift shop with new ‘period’ art work. The old place is looking good! Next project will be renovations to the balcony, which have already started. If you have not been to Capone’s Dinner & Show lately, you have to see the changes!

Capone’s Dinner & Show also upgraded the buffet and drink menu included in the ticket price.  Their claim has been providing the best value of all the Orlando dinner shows. They upgraded to Bud Light draft (only Dinner Show in Orlando to include premium beer), added 3 wine choices to fit every palate and they even offer 3 cocktail choices including Al’s original rum runner, vodka and cranberry and rum & cola (only Orlando dinner show to include cocktails). Their buffet added favorites such as pot roast, fettuccini Alfredo, macaroni & cheese, fresh roast turkey & dressing. A new chef joined the gang at Capone’s and has improved all of the menu items.  Also improved and expanded are the many choices of non alcoholic beverages which include fresh brewed iced tea, cranberry juice, fruit punch, kiddy cocktails, hot tea, coffee and the typical soda choices.

Capone’s is now offering two great deals on their web site – 50% off all regular price tickets and a bargain getaway starting at $79.99+tax. The Bargain Getaway includes one night at the AAA approved Quality Inn, 2 tickets to Capone’s Dinner & Show and complimentary breakfast. A reasonably priced private car service has been added too. It covers round trip transportation from all the tourism hot spots to Capone’s, including the Quality Inn located on lovely lake Cecile (partner in their bargain getaway deal) to Capone’s Dinner & Show starting at only $10.00 R/T for up to 4 people.

Visit Capone’s Dinner & Show for a fun musical, comedy adventure, set during the prohibition era. The gang at Capone’s loves to banter with their guests and guests often say that’s one of their favorite parts of the show. The show also includes some standup comedy. So what are you waiting for? Grab the gang and head to Capone’s…. your gonna have a blast!