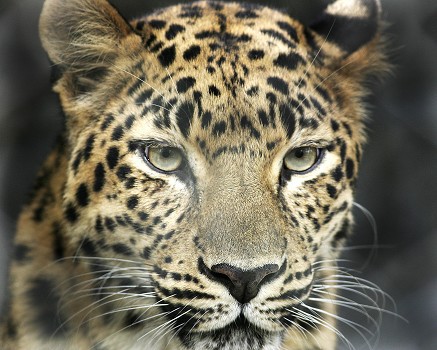 Disney’s Animal Kingdom is one of the largest animal-themed parks in the world!  It is home to more than 2,000 animals from 300 species and is full of attractions and entertainment. One of the most unique things you will notice is the centerpiece of Animal Kingdom, the Tree of Life. This 145 feet high, 50 foot wide tree is elaborately carved with the likes of over 300 animals.  It is a beautiful sight to see. Inside the tree, you can view the “It’s Tough to be a Bug” show, based on the movie, A Bug’s Life.

There are 7 different areas to visit in over 500 acres. Some of the attractions include the self-guided walking tour, Maharajah Jungle Trek. Here, you will feel like you’ve gone to Asia, at a tropical paradise that includes an assortment of beautiful animals, plant, and trees. One of the highlights is the viewing areas where you can watch the Asian tigers play. You may also see the Komodo Dragon, the Malayan Tapir, bats, deer, and over 50 species of exotic birds.  On the Kilimanjaro Safaris tour, you ride in an open-sided safari vehicle through the preserve for a chance to see one of the African animals roaming the 100-acre plain. Be on the lookout for lions, hippos, baboons, antelope, black rhino, cheetahs, and more! You may even get to see one of the baby animals recently born at Animal Kingdom.  Some of the other animal attractions include Affection Section, Conservation Station, Discovery Island Trails, and others!

Some of the rides at Animal Kingdom include Expedition Everest, a high-speed roller coaster bound for ‘Mount Everest’. There is also Dinosaur, where you board a CTX time rover and travel back to the Cretaceous era, 65 million years ago, to capture a 3.5-ton dinosaur. Get ready for a bumpy ride filled with close calls. To cool off, you can check out Kali River Rapids. This river raft ride begins through the lush jungle then, drops into gushing geysers and drifts under refreshing waterfalls…there is a good chance you will get soaked!  ORLANDO TOURIST TIP: for the busy rides like Expedition Everest, go early or late, or get a FASTPASS.

As with all the Disney parks, there are many shopping and dining options and wonderful, entertaining shows and parades. The Festival of the Lion King is a 30-minute, big-as-Broadway musical-stage show based on The Lion King movie. At the Theater in the Wild, catch Finding Nemo – The Musical, based on the movie. Also see Flights of Wonder, a live show featuring 20 species of birds including hawks, macaws and eagles.  ORLANDO TOURIST TIP: Plan your day so you can catch the high priority shows, you won’t want to miss them.

There are many beautiful animals and lush landscaping to see, and lots to learn at this theme park.  As mentioned in a previous post, one of the best things about Animal Kingdom is the fact that the animals are not caged.  The park really demonstrates Walt Disney’s dedication to nature and conservation, and the Park leads the way in animal care, education and research.

For more information about Disney’s Animal Kingdom, visit their web site, or type in ‘Animal Kingdom’ in our search (top right) to read more articles about this attraction. Feel free to leave a response below about your visit to Animal Kingdom and share your tips and experience!