Star Tours – Coming to a galaxy near you 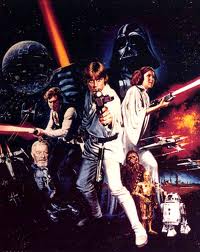 Star Wars was set in a galaxy far, far away, but Star Tours is coming right here to Orlando at Walt Disney World’s Hollywood Studios.  In conjunction with the grand re-opening of the Star Tours attraction, Disney will be hosting the annual sci-fi fan-fest Star Wars Weekends. Star Wars Weekends will feature meet-and-greet opportunities with several of the characters including Anthony Daniels, who portrayed the droid C-3PO, and Ashley Eckstein, the voice of Ahsoka Tano from Star Wars: The Clone Wars.  There will also be some appearances from the behind-the-scenes creative geniuses, as well as other droids, Sith Lords, and alien creatures.  There will also be special presentations, the Jedi Training Academy, memorabilia, trivia contests, parades, and the popular “Hyperspace Hoopla” dance party.  The Star Wars Weekends will run every Friday thru Sunday from May 20th thru June 12th, and the event activities are included with your theme park admission.

The much-anticipated Star Tours attraction will open this Friday after having  undergone a 9-month renovation that promises to thrill everyone, from die-hard Star Wars fans to just the casual movie-goer.  The new attraction features state-of-the-art technology, digital 3D video, Audio Animatronics characters, and flight-motions simulator vehicles.  The 3-D film is divided into several segments featuring different planets with 54 combinations.  The cool thing about this is the second you walk in the door, you will be immersed in the Star Wars universe and with the multiple storyline combinations, you’ll travel to different planets and see different characters so you can go on the ride many times and have a different experience each time!  For example, you may experience pod races on the planet Tatooine during one ride and see a 3-D Darth Vader during another; that is awesome!  In the old ride, Darth Vader wasn’t even part of the tour, which is strange.  But, in the new one, you’ll see many of your favorite Star Wars characters, such as Jedi Master Yoda, Chewbacca, Princess Leia, and Admiral Ackbar, and C-3PO will still be your guide.  The new ride is sure to be a blast, may the force be with you!